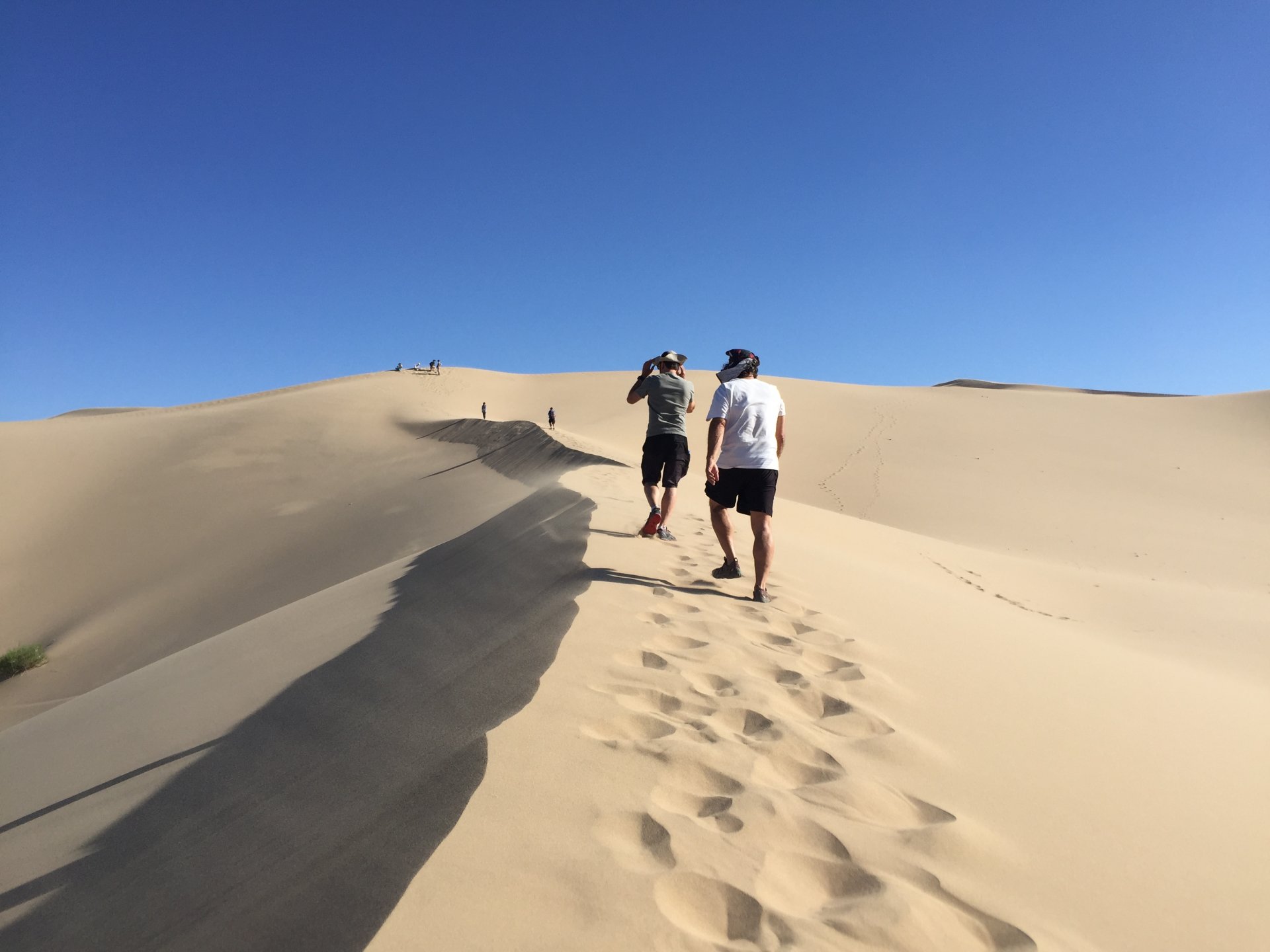 It is our most recommended tour in Southern Mongolia. Plenty of sites and attractions have included in this tour such as Mongolian wild horses, Ancient capital Kharakhorum, Mogoit Hot Spa, Tuvkhun Monastery, and Beautiful Ulaantsutgalan Waterfall.

These prices include domestic transportation in Mongolia but not international flights to and from Mongolia.

Arrival in Ulaanbaatar. Stay overnight in a hotel.

Drive to Zorgol Khairkhan Mountain, located in the distance of 180 km-s south east from Ulaanbaatar. This granite rock high mountain is the sacred one and worshipped by local people every year. It has some springs, and holy peaks, where only men are allowed to reach there. The mountain is very rich with medical plants and mystical stories. There is the beautiful small lake called Khagiin next to the mountain in the east. Local people call it as the Princess lake and it is the main drinking water for the local herds of animals.

Drive to Sum Khukh Burd, a stone castle ruin, located in a small island in the distance of 120kms from Mandalgobi, the province center of Dundgobi. And 20kms from Baga Gazryn chuluu. Visit Baga gazriin chuluu, which is a 15km long and 10km wide stone massif. Over 20 kinds of medical herbs and many species of animals such as ibex and marmot exist here. There is a narrow canyon with asp, birch, white wicker and elm tree.

Drive to Bayanzag, the red sand cliffs, today better known as “flaming cliffs” due to their colors ochre and red, are located about 100 km (62,14 miles) at the northwest of Dalanzadgad. Bayanzag means “rich in saxaul”. This thorny shrub measuring approximately two meters high proliferates in the surroundings and is a good source of food for camels.

Khongor dunes,”Khongoriin Els" in Mongolian, are the largest sand dunes in Mongolia, stretches more than 965 square kilometers (373 square miles) in the west side of Gobi Gurvan Saikhan Mountain National Park. It is 6 to 12 kilometres (3.7 to 7.5 mi) wide, 100 kilometres (62 mi) long and average height of 80 metres (260 ft), maximum height is 300 metres (980 ft)).  By suddenly standing out from the plains, they are undoubtedly among the most spectacular tourist sites of the country.

Day 6: Yoliin Am, the Vulture Valley

In 1965, before the creation of Gurvan Saikhan National Park, a small 69 square kilometers (26, 64 square miles) area around Yoliin Am Canyon was already a protected area. Yoliin Am is located about 60 kilometres (37 miles) Southwest Dalanzadgad, in the mountains of Zuun Saikhan. The white bearded vulture, Yol in Mongolian, gave its name to the Yoliin Am Valley, the Gorge of White Bearded Vultures.

Ongi Monastery is located at the foot of Mount Saikhan Ovoo, near the village of Saikhan Ovoo in the province of Dundgovi. This monastery was one of the largest and most respected monasteries of Mongolia before its destruction in 1939 by the communist authorities.

Erdene Zuu Monastery, "Jewel Temple", was built between 1585 and 1586. It’s certainly the oldest Buddhist monastery of Mongolia. Located in the province of Uvurkhangai, about 2 kilometers (1,2 mile) Northeast Kharkhorin, it’s inscribed on the UNESCO World Heritage List in the category “cultural landscape of Orkhon Valley”. The Prince Abtai Han, Khalkh leader and Zanabazar’s grandfather, ordered to build it in 1585 outside the ruins of Kharkhorin, after he has met the 3rd Dalai Lama and the Tibetan Buddhism was declared religion of state in Mongolia.

Drive from Kharkhorin to UB. On the way visit a small Tumbash, 4 friendly animal’s statue.